ICC has revealed the entire Fixtures of the upcoming ICC Cricket World Cup 2023. This mega cricket tournament will take place between October and November 2023 in India. A total of 45 matches are scheduled in this tournament. 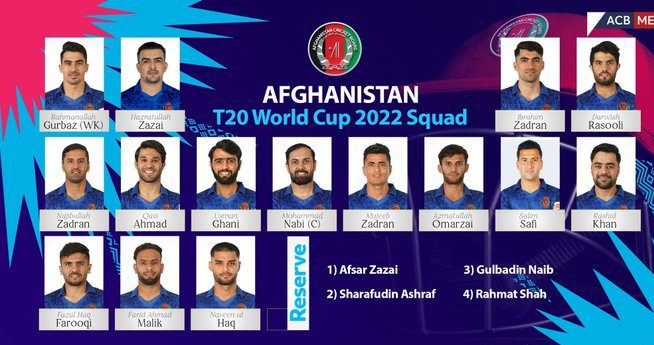 Afghanistan is going to mark its 3rd consecutive appearance in Cricket World Cup. However, they showcased weak performances in the previous editions of this tournament. With a whole new squad and under their new Captain Afghanistan will try to turn things around in their favor in the upcoming Cricket World Cup 2023.

No doubt Afghanistan still is among the most dangerous ODI teams in the world. During the recent ODI series, the Afghan side has stunted everyone with their mind-boggling performances and they will create some serious threats for all other emerging sides of this event.

Over the last few months, Afghanistan has succeeded to find its perfect combinations for the 50-overs format. Now, this side has top-notch ODI batters. Moreover, world-class spinners and some quality pace attacks are also included in their squad.

Afghanistan Cricket Board has also announced their expected playing squad for ICC Cricket World Cup 2023 on 15th September. . There are some minor changes in the Afghanistan Team squad as well.

Afghanistan has performed really badly under the captaincy of Muhammad Nabi and now the selection committee has made big decisions. Here is the Afghanistan Team Squad for the Cricket World Cup 2023.

Afghanistan’s main batting lineup has hard hitters of the Red Bowl in the ODI format. Hazratullah Zazai, Rahmanullah Gurbaz, Najibullah Zardan, and Azmatullah Omarzai are reserved as openers for their team in the One Day World Cup 2023.

Well, Afghanistan always lacks quality pace attacks as this team currently relies on Medium Pacers. The absence of Pace Attackers will definitely tease them in ICC Cricket World Cup 2023. However, Naveen ul Haq, Mohammad Saleem, and Fazalhaq Faroowi will be mainstream bowlers for them.

When it comes to quality Spin attacks, no one can underestimate the power and abilities of Afghan spin bowlers. Currently, Rashid Khan and Mujeed-ur Rahman are the best full-time spin bowlers available in their squad.

Afghanistan no doubt holds the capability to face all other emerging sides of this event. But due to lack of experience, their players didn’t engage themselves in pressure situations. Having said that, Afghan is still a Hot Contender for ICC Cricket World Cup 2023.