Sri Lanka is all set to take on United Arab Emirates in the 6th T20 match of the T20 World Cup 2022. SL vs UAE Group A T20 WC 2022 match will take place at Simonds Stadium, Geelong on 18th October 2022. You can check who will win Sri Lanka vs United Arab Emirates Today Match Prediction here on this page.

Who could have thought Sri Lanka will start their T20 WC 2022 against Namibia with a disheartening upset of 55 runs after they raged havoc against India Pakistan and Afghanistan in the Asia Cup? The 6th time Asian Champions were totally lost in the chase of 163 against Namibia. Their batting lineup totally collapsed with only 4 batters entering double digits. This could be a wake-up call for the Lankans who desperately need a victory with a high margin to come back in the tournament. 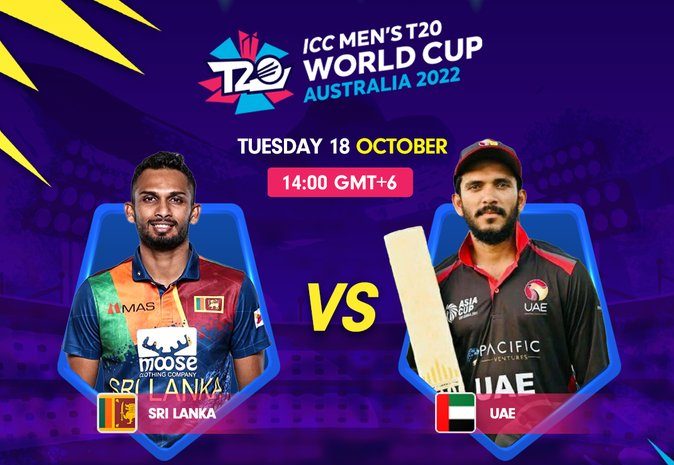 On the other side, UAE too had a similar start against the Netherlands in the 2nd T20 match. The ICC T20 World Cup Global Qualifier A champions totally failed to set a handsome total against the Netherlands. Their middle order badly collapsed to keep up with the start their opening pairs provided. As a result, they ended up 111 for 8 in 20 overs. The Netherlands run down this target in the last over with three wickets to spare.

Sri Lanka has a 100% win record against UAE in the T20 format in the past with SL winning the only game in 2016. However, both these teams badly need this victory in order to make a comeback in the tournament. The losing team will stand no chance to advance to the Super 12 stage.

Sri Lanka will win this match. The Asia Cup 2022 Champions are a dominating team against UAE in the T20 format. They badly need this victory in order to stay alive in the tournament. Their batters should play an aggressive game. They need a big total to grab the maximum margin of victory in order to keep up with NRR.

On the other side, UAE will also be eyeing victory in this game. They have been pushed down by the opponent in the previous game. Now they must fight for the 2nd spot on the points table. All in all this is going to be a historical match for cricket fans around the globe.