Australian cricket will forever be grateful to the BCCI for their friendship, trust and commitment in helping to deliver a series that has brought joy to many millions of people around the world at a time they needed it most.

The unique challenges of international touring during a global pandemic are considerable and we thank India’s players, coaches and support staff for all they have given.
Over the past nine weeks, the Indian and Australian men’s teams completed outstanding One-Day International and Twenty2O International series, followed by one of the greatest Border-Gavaskar Test series ever contested.

Despite the many public health and logistical challenges, the BCCI engaged with a spirit of cooperation befitting their status as one of international sport’s greatest ambassadors.

From the sublime fast bowling of Jasprit Bumrah and Pat Cummins, to the wonderful batting of Ajinkya Rahane and Steve Smith, to the exciting debuts of Shubman Gill and Cameron Green — and much, much more — the past two months of cricket have been absolutely enthralling.

We will never forget the sacrifices made by our friends at the BCCI that made all this possible.

May we also take this opportunity to thank everyone who played their part to deliver this memorable series — governments, health officials, venues, broadcast and commercial partners, cricket associations, players, match officials, staff and their families.

On behalf of everyone at Cricket Australia, we congratulate Team India for the resilience, courage and skill demonstrated in retaining the Border-Gavaskar Trophy in a series that will be talked about for generations to come. 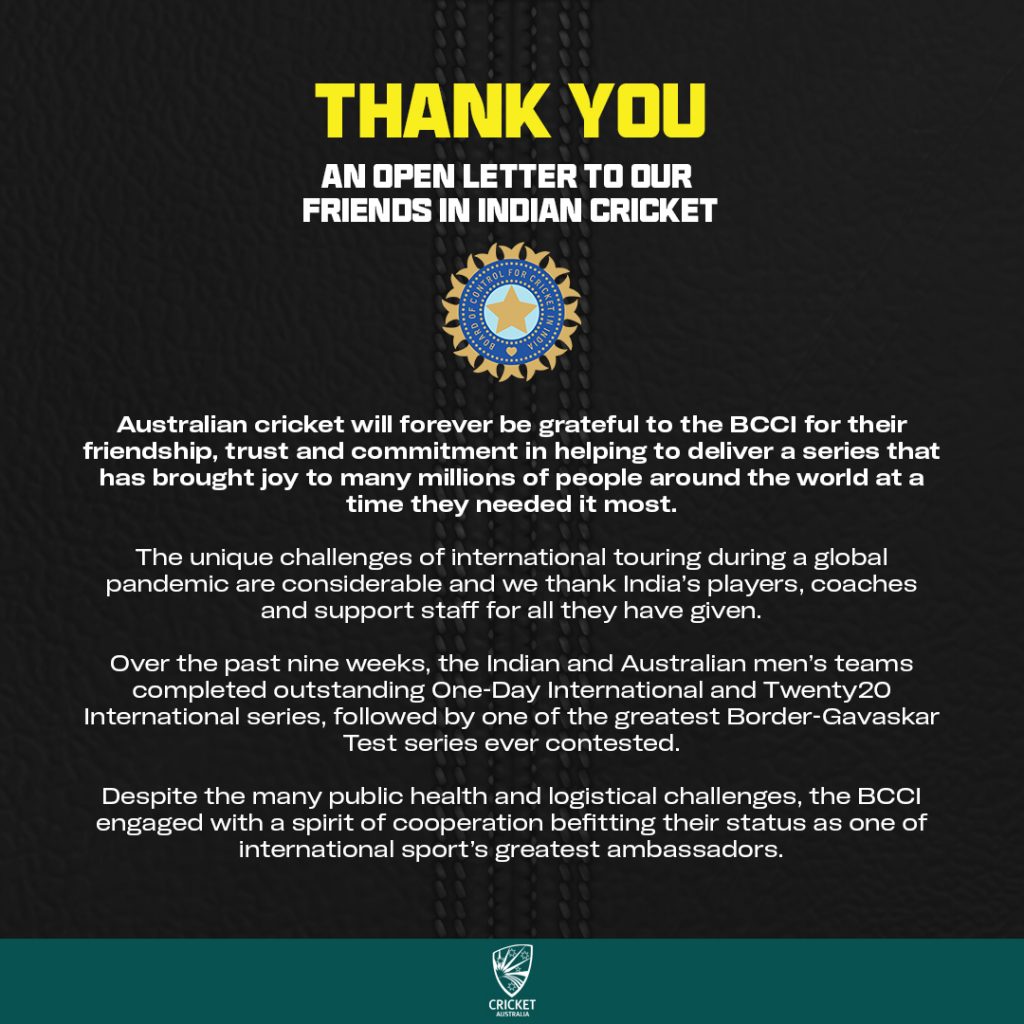