Just In! PCB have announced a 20 Member Pakistan Team Squad for T20 series against South Africa. As per this announcement, Babar Azam is named as the Captain of Pakistan T20 team squad against South Africa. Hasan Ali, Aamer Yamin, Amad Butt and Asif Ali has been recalled by the PCB for this series. Whereas, Fakhar Zaman and Mohamamd Hafeez have been put to rest for the home series against Proteas. The official Twitter handle of PCB broke this news on internet. 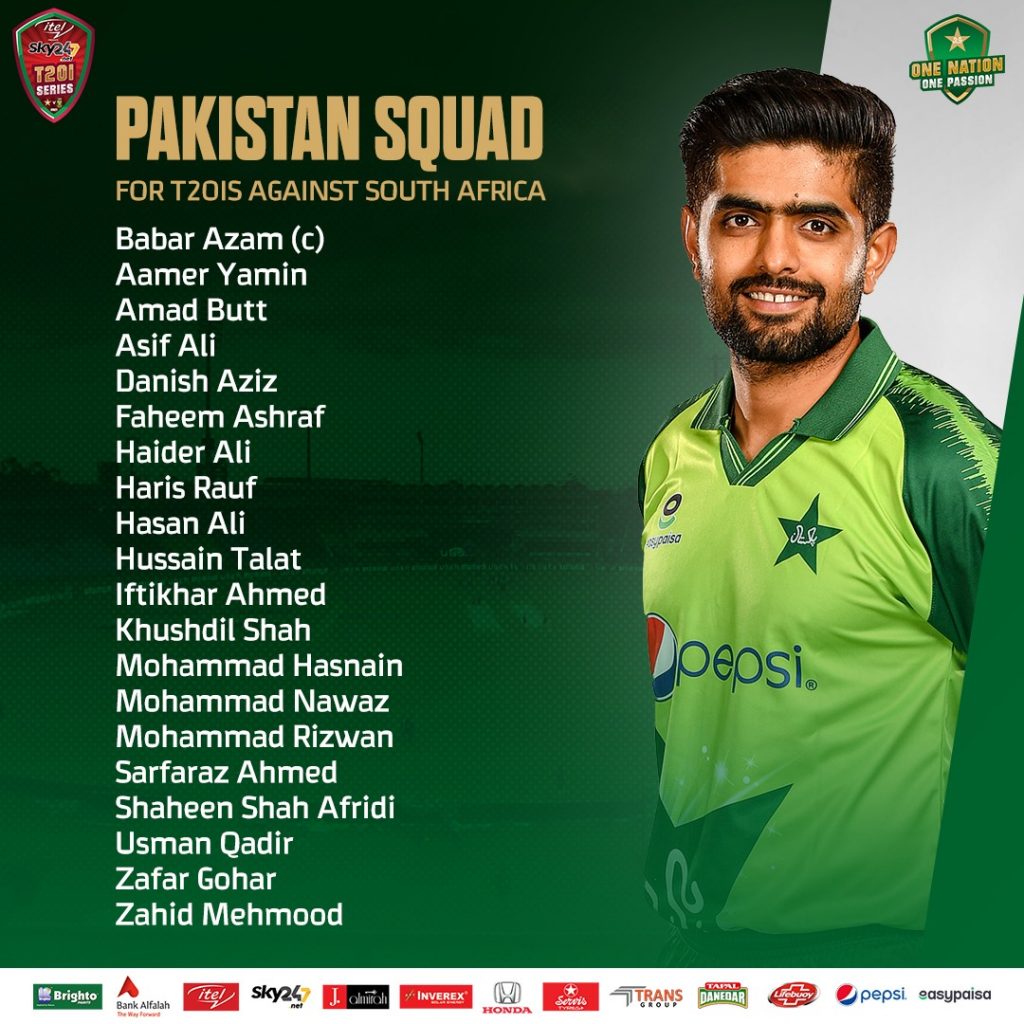 Stay Tuned for More Updates on Pakistan vs South Africa.