Finally, the moment have come for which we all have been waiting for, as all the franchise teams declare their team squads for Qatar T10 League 2019.  A total of 16 players are included in the team squad of each side. All the teams are going with the squad combination of One Icon Player, three international players, three associate players and eight Qatar Resident players. You can get the Qatar T10 League 2019 all team squads below in this post.

“Falcon Hunters” represent the spirit of Falcon bird Hunters in Qatar T10 League 2019. This team carries the popular players such as Hashim Amli, Salman Butt and Tom ABell in their squad list. The rest of the Falcon Hunters Team squad is as follow: 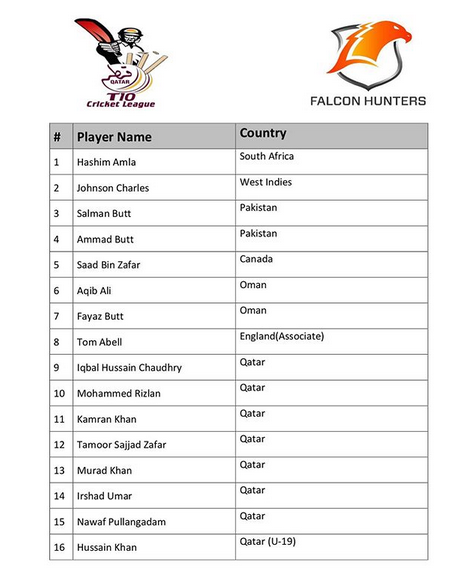 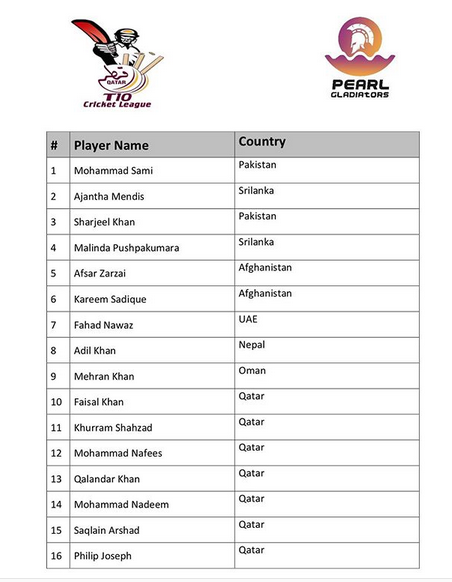 The Desert Riders” represent the riding skills of Tourists in deserts. This team have Sohail Tanveer, Khurram Manzoor and Ramith Rambulwella as international players in their team squad. The rest of the Desert Riders Team Squad in Qatar T10 League 2019 is as follow: 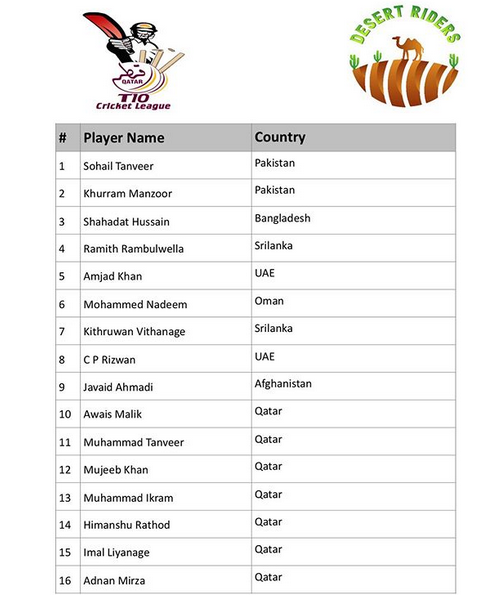