Just In! Sri Lanka have whitewashed Pakistan by 3-0 in the three match T20 series. In the final T20 match of the ongoing series, Sri Lanka defeat Pakistan by 13 runs to seal the series. Earlier on Sri Lanka set up 147/7 runs target for Pakistan. But, Pakistan poor batting line up failed to chase this shot total and collapsed at 134/6 in the final over. As a result, Sri Lanka won the match by 13 runs. 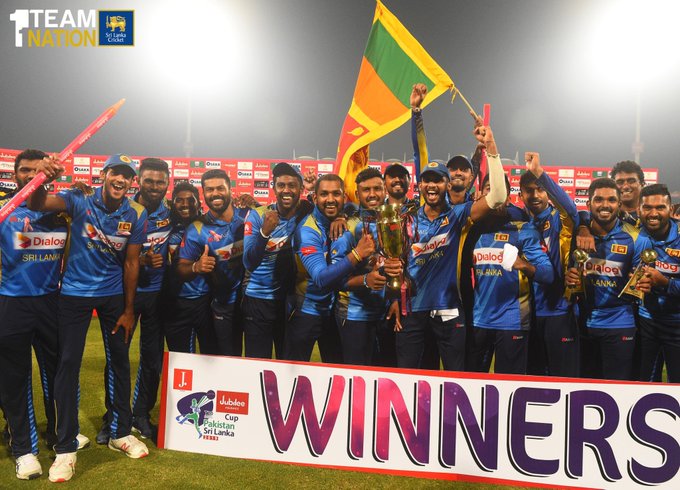 Earlier on Sri Lanka won the toss and opted to bat first in the third T20 match. Though, Pakistani bowling line up destroyed the top order of Sri Lanka cricket team, but Oshada Fernando’s 78 runs innings, help Sri Lanka get to a reasonable total. Mohammad Amir remain the best Pakistani bowler, picking up three wickets for 27 runs in his four overs.

However, Pakistan started in a jittery fashion while losing Fakhar Zaman who was bowled by Rajitha on the very first ball he faced. Babar Azam and Haris Sohail build the Pakistani innings with 27 and 52 runs. But, after they got out, Pakistan seemed to lost their track. In the end, Sri Lanka won this match by 13 runs and claimed the T20 series against Pakistan.

Pakistan went on with Ahmed Shehzad and Umar Akmal in the firs two T20 matches, which was not a very good decision, given the poor performance of both batsmen. Perhaps, Chief Selector and Head Coach Mr Mishabul Haq needs to make good decisions and stop testing the old players who are not fit to play for Pakistan T20 team.