Just in. Zimbabwe Cricket Board has announced a 15-member Zim team squad for T20 World Cup 2022. As per the announcement, experienced all-rounder Craig Evrine will captain the Zimbabwe Cricket team in T20 WC 2022. Apart from it, many other Star T20 cricketers have also been added to the Zimbabwe Team Squad for the big tournament. You can check Zimbabwe Team Squad for T20 World Cup 2022 here on this page. 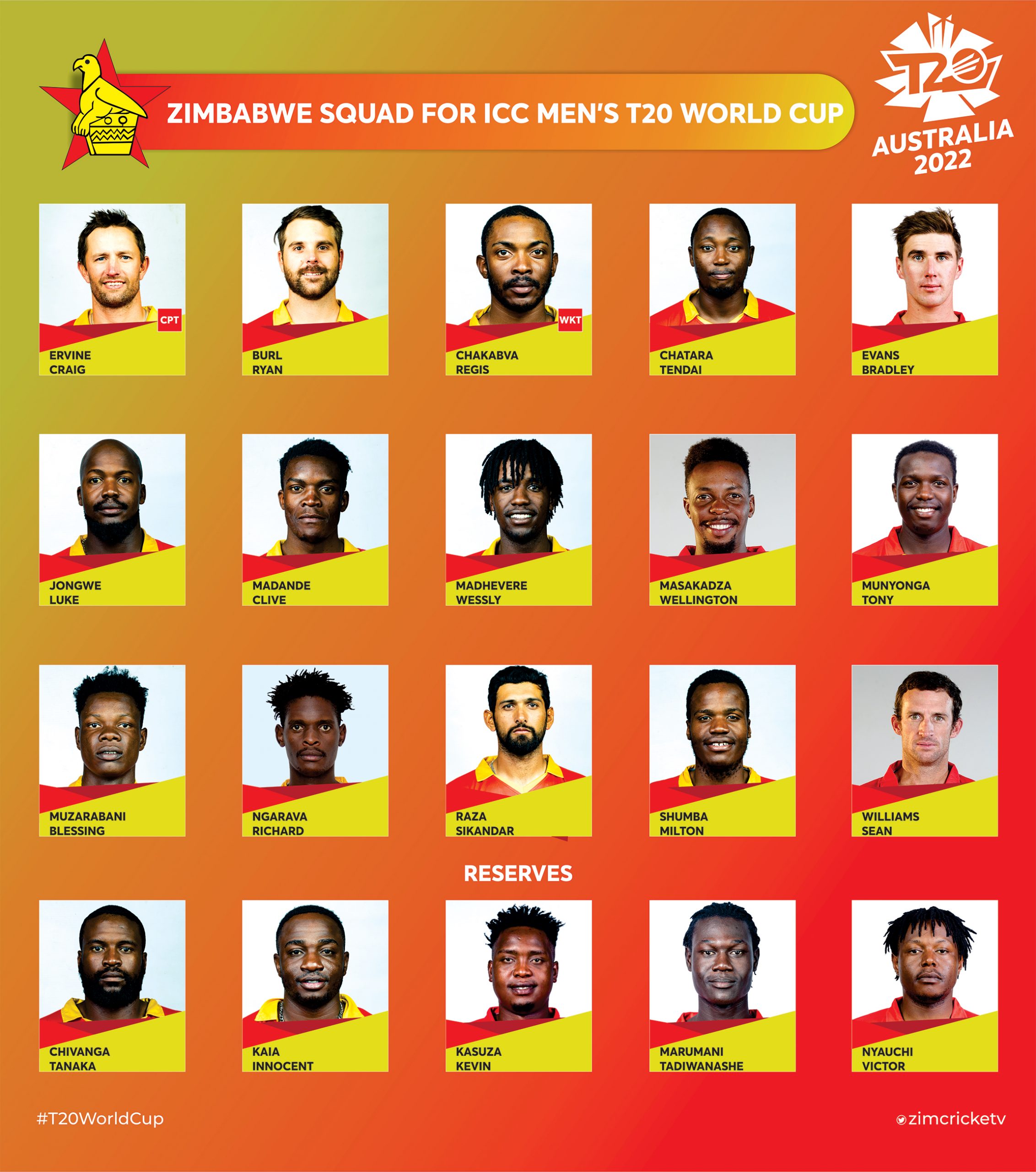 Craig Ervine is Capatinning Zimbabwe in T20 World Cup 2022. He has a balanced squad to lead in the upcoming T20 mega tournament.

It is going to be a tough challenge for Zimbabwe to compete against Ireland Scotland and West Indies and finish the 2nd in 1st round. However, they can get to this stage with good planning and working strategy.

T20 World Cup 2022 is taking place in Australia from 16th October. All the participating teams are making final arrangements before the mega tournament. In this regard, ZCB announces their team squad.