Just In! The Multinational Fast food Chain Kentucky Fried Chicken have decided to continue its journey with Quetta Gladiators in PSL 2020. KFC have been the official food partner of Quetta Gladiators team in Pakistan Super League for quite few seasons and this year they will do the same. The official twitter handle of KFC Pakistan broke this news on internet, while it was retweeted by Quetta Gladiators twitter’s account:

KFC is the second largest Fast food chain after MacDonald’s and they have many chain restaurants in almost every big city of the world. In Pakistan, it is also the same. Kentucky Fried Chicken have been the official Food partner with Quetta Gladiators in previous seasons of PSL and now they will continue their journey with QG team.

A ceremony took place today at KFC – Disco Bakery in Pakistan in which the CEO of KFC Mr Raza Pir Bhai, Owner of Quetta Gladiators Mr Omar Nadeem and QG Captain Sarfraz Ahmed participated in. The Mou’s were singed between the KFC and Quetta Gladiators. 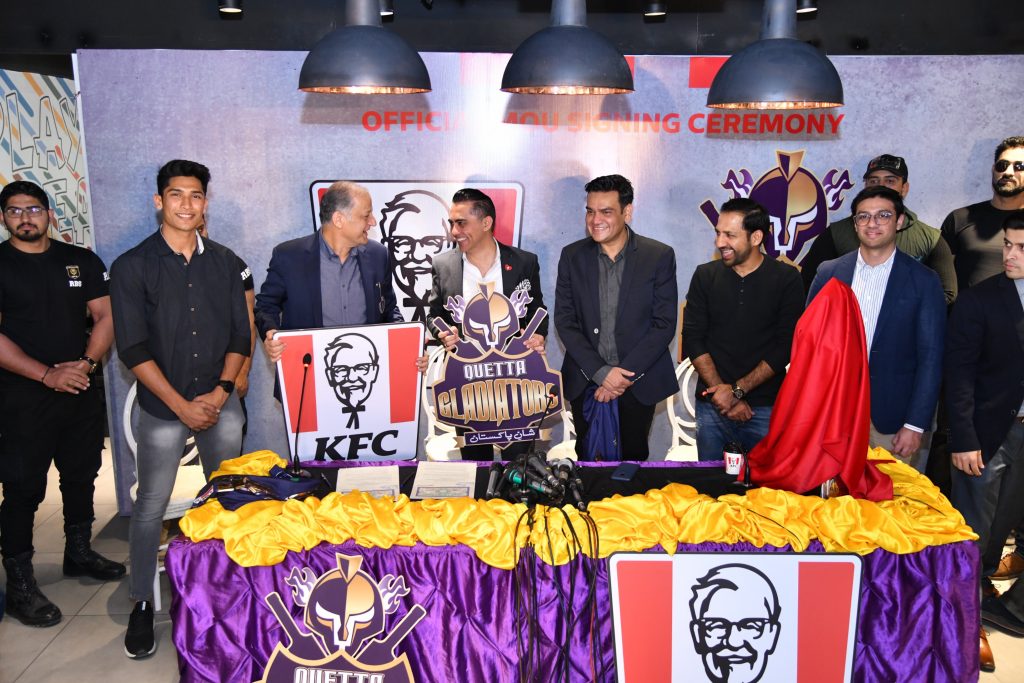 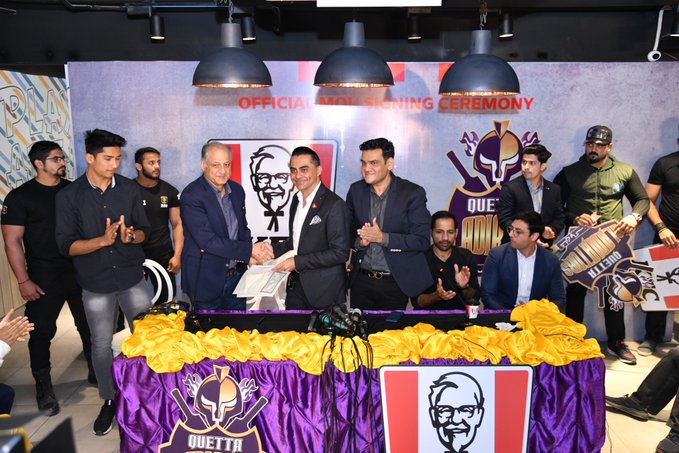 PSL 2020 is just ten days away from now and all the franchise team participating in this season of Pakistan Super League are making final arrangements. In this regard, Quetta Gladiators sign KFC Pakistan as their official food Partner in PSL 5.