Just In! All the Franchise Teams in PSL 2020 have successfully drafted their team squads today in the PSL 2020 draft Ceremony. This Ceremony Took Place at the National Cricket Academy, Lahore on 4:45 PM Pakistan time. As a result, now we have PSL 2020 All team Squads. You can check the PSL 5 Teams, Squads and Player Name list here on this page.

PSL 2020 Player Drafting Ceremony took Place at the NCA, Lahore venue today. In this ceremony, all the PSL Franchise teams successfully drafted their squads and player in the Platinum, Diamond, Gold, Silver, Emerging and Supplementary Categories. The Full list of PSL 2020 Team Squads goes as Follow: 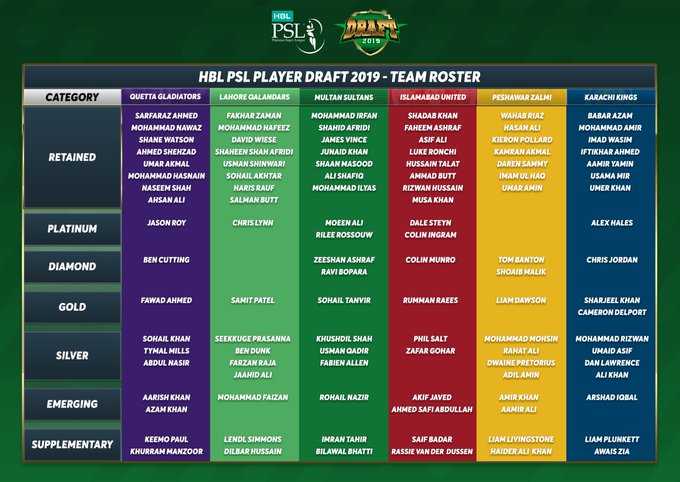 Multan Sultans represent the Sultan spirit of the Citizens in the Multan City of Pakistan. This Team is owned by Ali Tareen. Some of the top players in Multan Sultans Team are Mohammad Irfan, Shahid Afridi and Imran Tahir. The full Multan Team Squad for PSL 2020 is as follow:

Islamabad United represent the unity of the Citizens in the Islamabad City, which is the capital city of Pakistan. This team is owned by Leonine Global Sports. Some of the Top Players in Islamabad United are Shadab Khan, Faheem Ashraf and Dale Steyn. The full Islamabad United Team Squad for PSL 2020 is as follow: 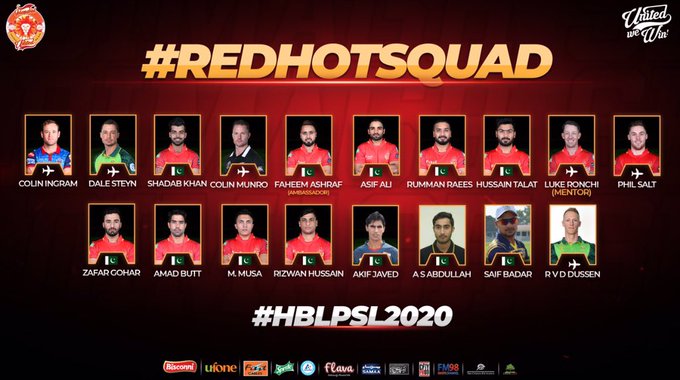 Peshawar Zalmi represents the Spirit of Youth from the Peshawar City of Pakistan. This team is owned by the Javed Afridi. Some of the top players in Peshawar Zalmi are Wahab Riaz, Darren Sammy and Kieron Pollard. The full Peshawar Zalmi team Squad for PSL 2020 is as Follow:

Karachi Kings represent the Kingly Spirit of Citizens in the Karachi City of Pakistan. This team is owned by the Salman Iqbal. Some of the Top rated Players in Karachi Kings are Babar Azam, Mohammad Amir and Sharjeel Khan. The full Karachi Kings Team Squad for PSL 2020 is as follow: 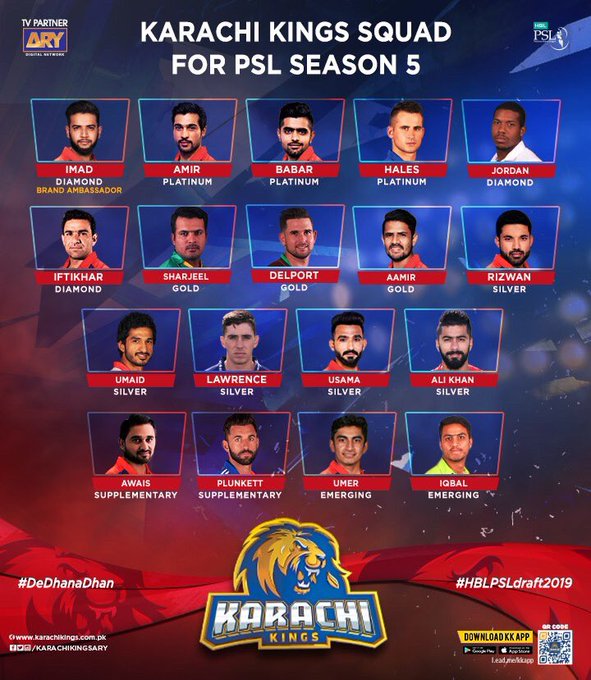