Just In! Quetta Gladiators have won the ” First Turn” for the PSL 2020 Draft Pick. PSL 2020 First Turn Round Draft Pick ceremony was held today at Gaddafi Stadium Lahore. Where, the Participants were to pick a number marked on the soil. It’s very common technique used in Asia in which less than ten players draw numbers represented by lines. These lines are than picked by individual players. Every players gets a number to bat on. In Pakistan, this technique is used in street cricket.

All the owners of six teams participating in PSL 2020, then posed for a group shoot. 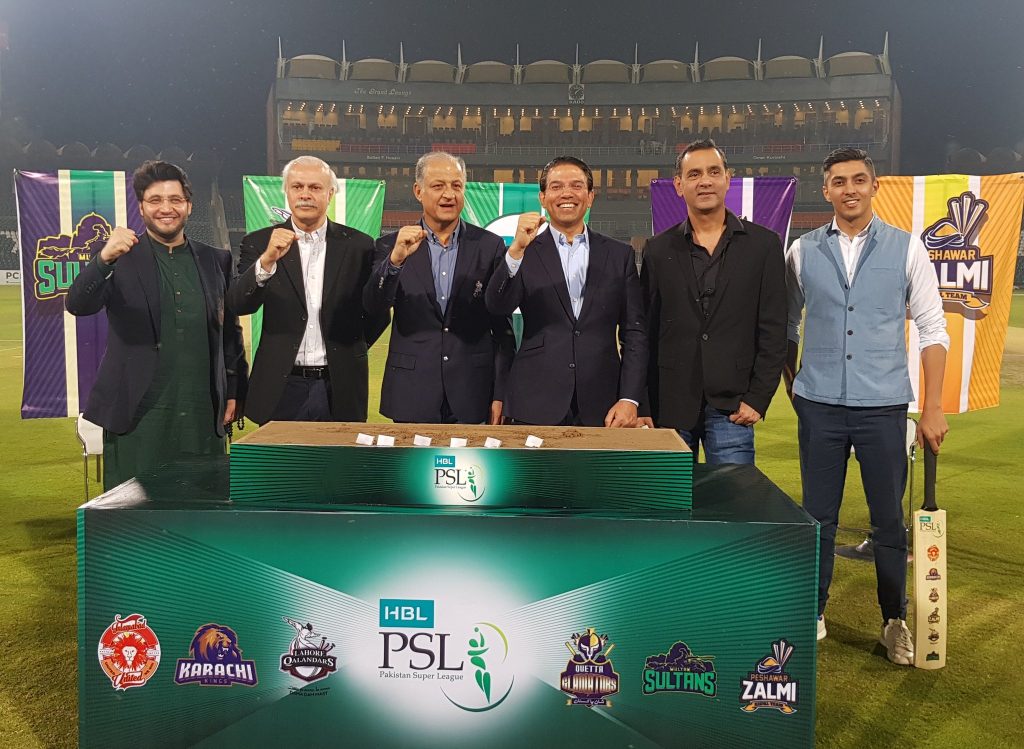 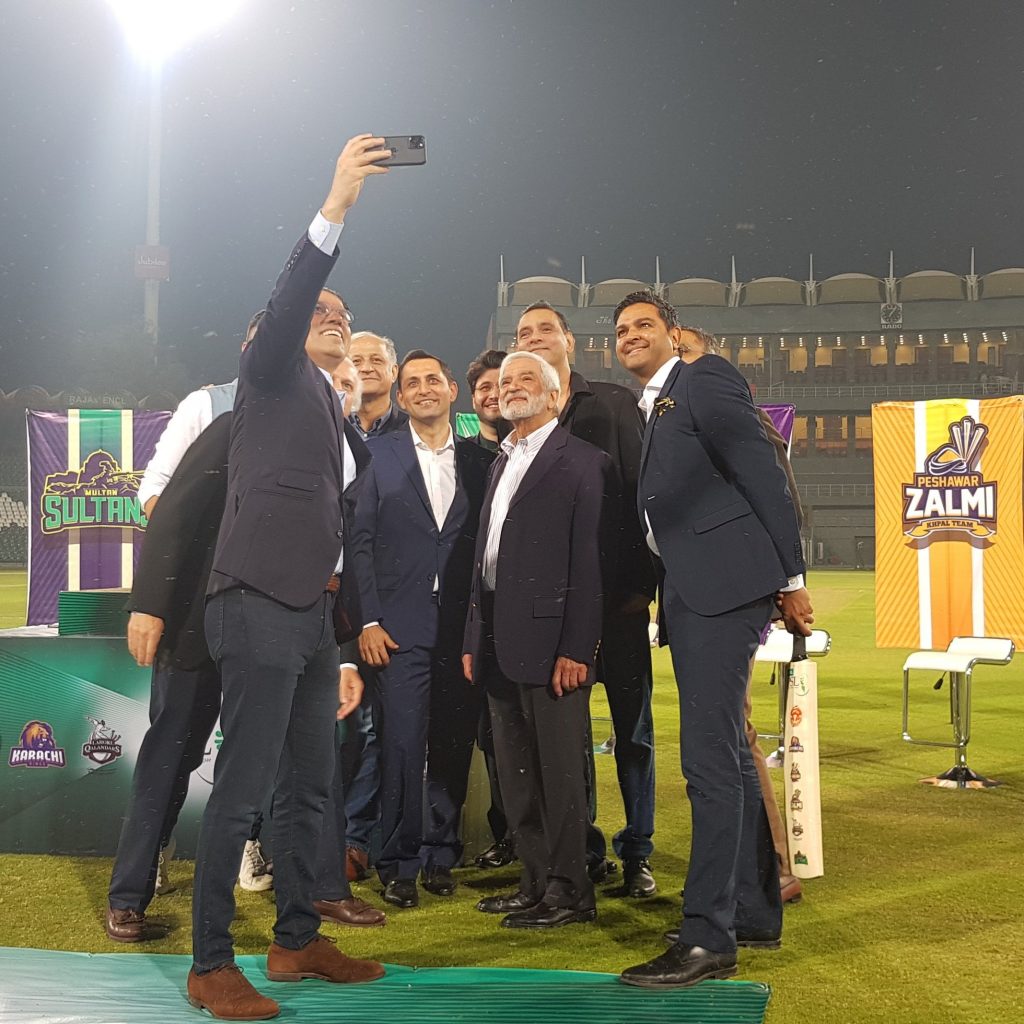 PSL 2020 is all set to be held in Pakistan in February. PCB is preparing for the PSL 2020 Draft. In this regard, all the teams owners were invited by PCB to pick a “line”.